A new psychiatric clinic and psychotherapy facility has been completed on the campus of Vitos Gießen-Marburg gGmbH in Marburg, after four years of planning and construction. The facility, which was handed over to its users in February 2015, covers a total area of about 11,000 m², and includes five 25-bed wards, a day-care hospital and a cafeteria. It has been structurally integrated with a number of existing buildings that are protected as historic landmarks.

Heating for the new facility is provided via the campus's central district-heating network. By carrying out a range of detailed calculations, ZWP Ingenieur-AG was able to show that the campus's existing energy-supply systems, when fitted with additional biomass boilers, would still be able to meet the requirements imposed by the German Renewable Energies Heat Act (EEWärmeG). On the basis of a detailed cost-effectiveness analysis, the building owner chose a regulated, mechanical ventilation system, with highly efficient heat recovery, for ventilation of patients' rooms.   The system enhances the facility's overall energy balance in various ways, such as by eliminating the heat losses that can occur via open windows in the winter. In summer months, the rooms are cooled via adiabatic exhaust-air humidification and cooling. Heating energy is distributed by a complete-coverage underfloor heating system that, as is typical for such systems, operates with relatively low flow and return temperatures, thereby enhancing both distribution efficiency and district-heat-production efficiency. Thanks to its external thermal insulation composite system, the building has very low levels of primary energy consumption – and thus is fully in line with sustainability principles. The central water-heating system has a through-flow design and thus fulfills high hygienic standards.

A call system has been installed that provides voice connections between patients' rooms and caregivers' stations. In addition, a DECT-standard emergency-call system has been provided. The lighting, sunshade and heating systems are centrally controlled via an EIB/KNX-standard bus system. It enables on-site fine adjustment of such systems via switches and control units. In addition, all caregiver stations in wards are equipped with touch displays for control of such systems at the room-group and ward level. The central staircase includes an integrated, wheelchair-accessible bed and passenger elevator that interconnects the various wards. 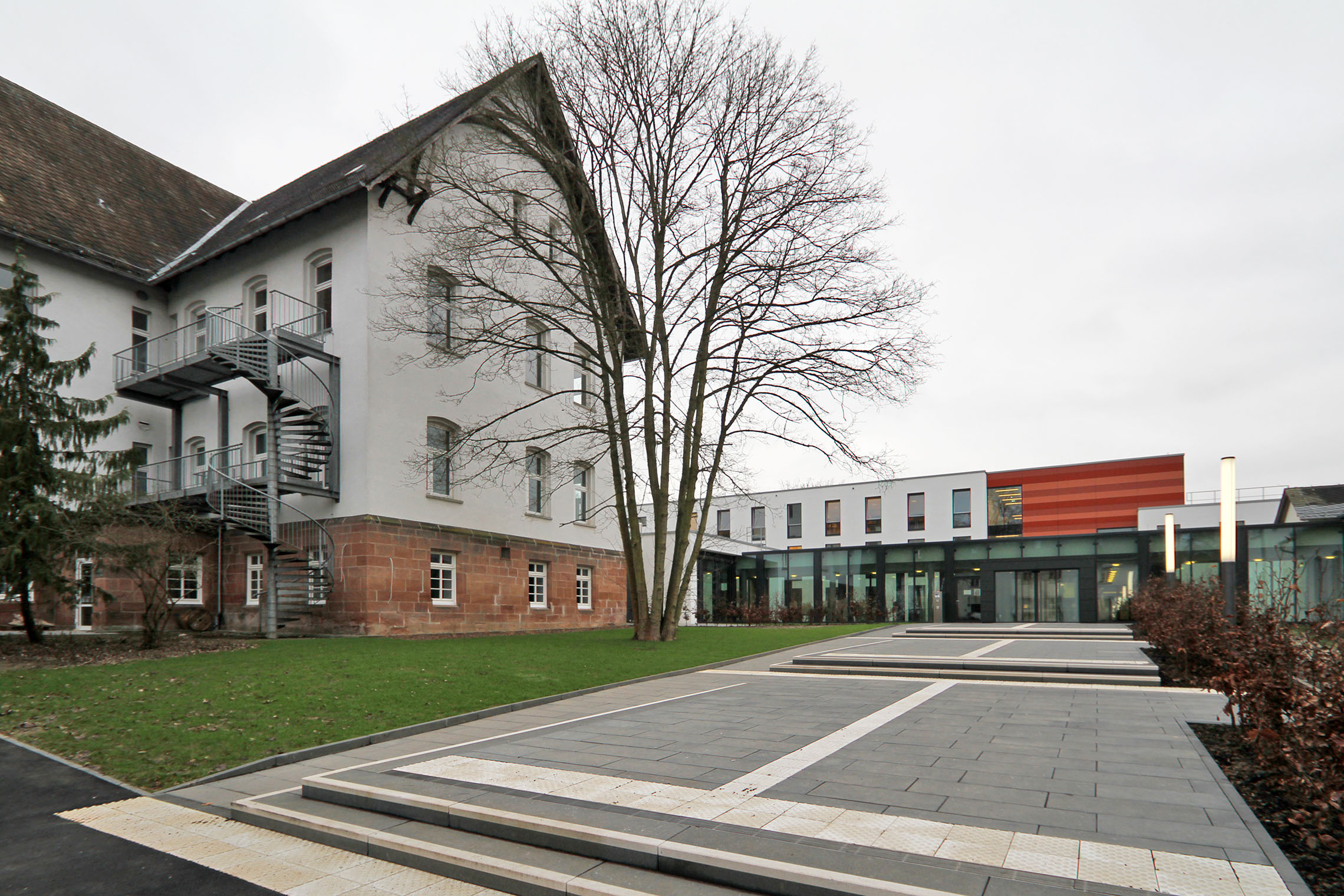