The German-Speaking Community (deutschsprachige Gemeinschaft) in Belgium has moved the venue for meetings of its parliament to the city of Eupen. The facility chosen as the new seat of the parliament is a former sanatorium dating from the year 1915. The building has been completely renovated, and two elevated basement levels built into the hillside have been added. The addition, which serves as the parliament's new plenary chamber, features a beautiful view of the property's extensive park landscape.

ZWP Ingenieur-AG carried out the technical planning and project supervision for this construction project in the years 2009 through 2013. The former-sanatorium building has gross floor space of nearly 5,500 m², spread over a total of six stories that house offices and meeting / conference rooms. The two-story addition has gross floor space of about 680 m². In its design work for the new facility, ZWP Ingenieur-AG studied a range of options for use of renewable energies. For the facility's heating systems, the building owner opted for a combination of a wood-pellet-fired furnace system and a gas-fired condensing boiler. The pellet boiler has a heating output of 100 kW. Cooling is provided by an air-cooled chiller integrated within the park grounds of the property. In the interest of energy efficiency, the ventilation system has a high rate of heat recovery – 70 %  – and includes an adiabatic exhaust-air humidifier. The system, in spite of air-exchange rates that fully fulfill hygiene standards, reduces ventilation-related energy losses to a minimum. All meeting rooms and parliamentary facilities are equipped with state-of-the-art media systems, including beamers, and mobile and stationary conference systems with central media control. The interpreters' booths are equipped for simultaneous interpretation in three languages. In addition, the plenary chamber has been equipped for TV broadcasts. The building complex has been connected to the public sewage network, and an integrated rainwater harvesting system supplies water to WC facilities. Electric power is drawn from the public grid, and a diesel-powered generator provides emergency backup power. The facility as a whole has been designed to be barrier-free for persons with disabilities, and it is equipped with an emergency call system, door-control systems, elevators and lifts for wheelchair users. 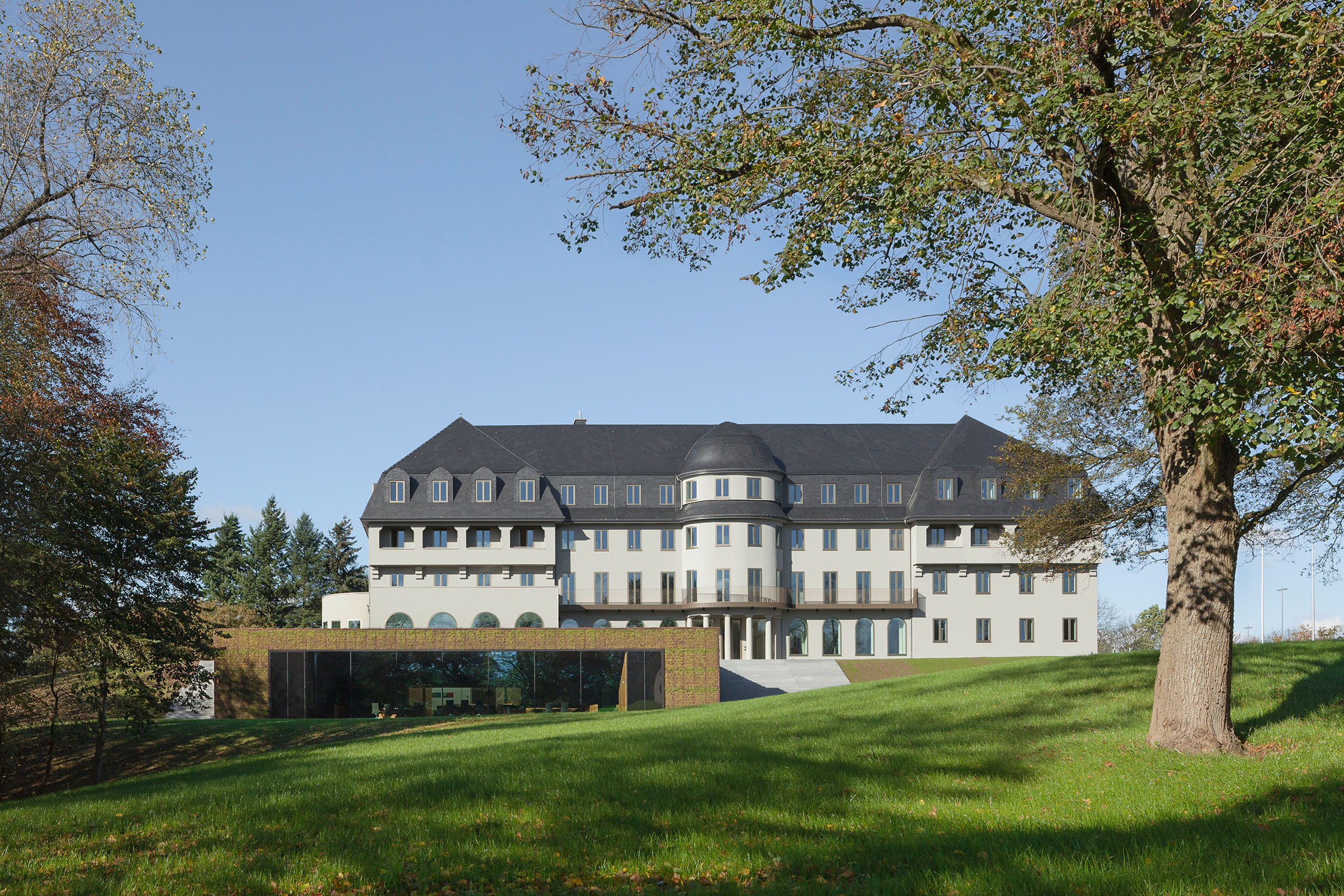