The new Student Service Center (SSC), an L-shaped facility designed by Schuster Architekten Düsseldorf,  was built for the University of Cologne between 2005 and 2014. On its street sides, the building has a smooth facade, while the facades on its other sides are recessed to varying degrees, on a by-storey basis. The new facility's six storeys include a "garden floor" with classrooms and offices for counselling services, and a basement that houses building systems (inter alia). On its ground floor, the SSC has a central information point, administrative offices and a light-filled atrium. The last of these contains the main staircase, a free-hanging structure of crossed stairways that reaches all levels of the facility. The other levels contain offices, libraries and classrooms for various academic departments. ZWP Ingenieur-AG planned the technical building services for the facility and carried out the relevant project supervision.

In conformance with its basic geometry, the building has three fire escapes, two of which are equipped with smoke-evacuation systems. The foyer area's fire protection also includes two smoke-evacuation ventilation systems; they are roof-mounted. In keeping with its open atrium structure, extending over all of the facility's storeys, the entire structure has been equipped with a complete-coverage sprinkler and fire-alarm system.

All classrooms facing the busy road directly in front of the university (Universitätsstraße), as well as rooms located deeper within the building, are served by mechanical ventilation systems. The facility's server rooms are cooled by a roof-mounted chiller that also serves the adjacent main building of the University of Cologne, with 2/3 of the chiller's capacity going to that facility. This arrangement makes it possible for the main building's additional cooling requirements to be met via a short buried conduit.

All classrooms have been equipped with suites of media systems, including beamers, connecting panels and (in some cases) audio systems. The networks for the building services management system, fire alarm systems, video surveillance systems and IT systems are all linked to the central network of the University of Cologne. 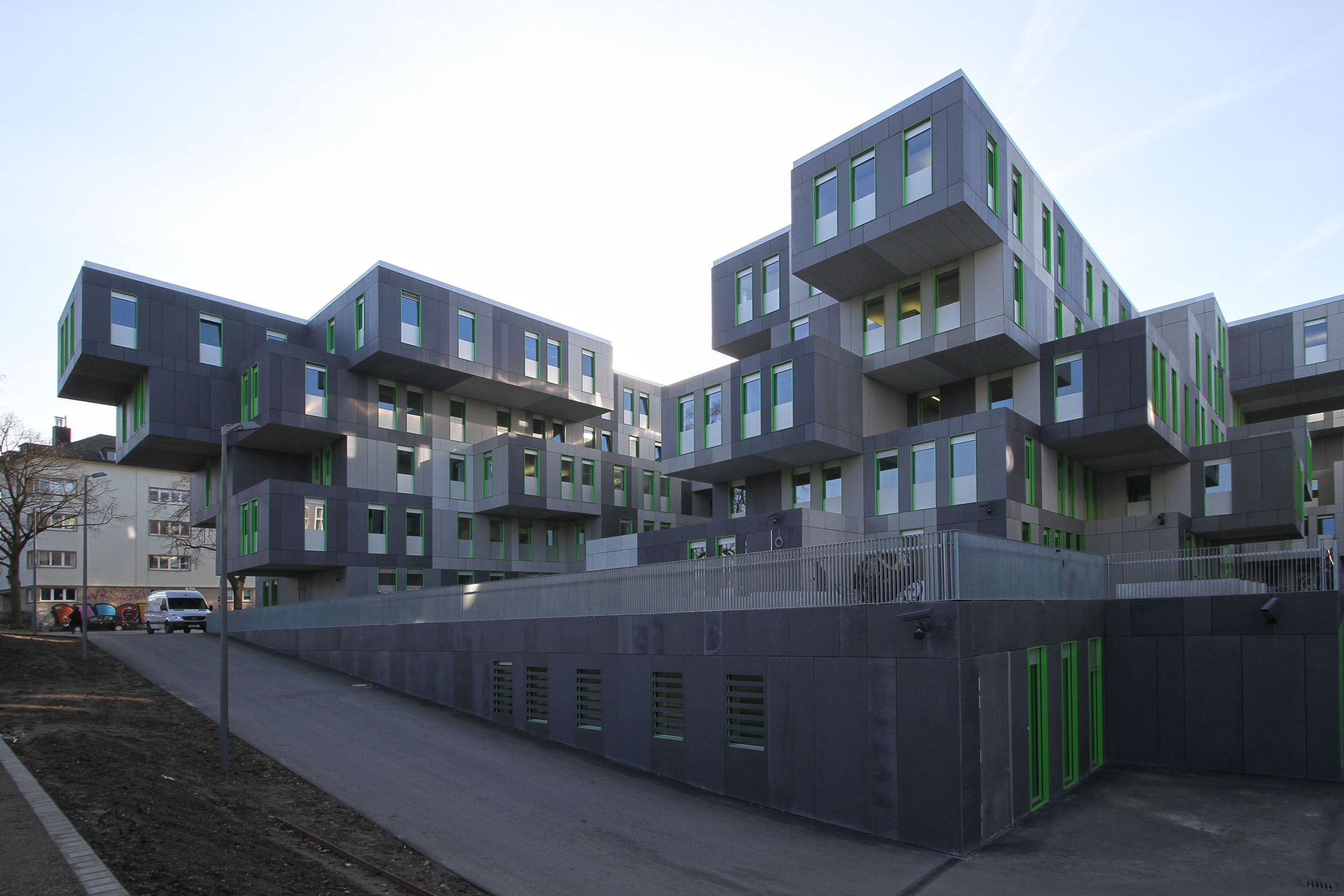