The Seeheim-Jugenheim school complex, which was built in a forested setting in the 1950s, has now been expanded via the construction of a new pentagon-shaped building. From 2008 to 2012, ZWP Ingenieur-AG planned the technical building services for the energy-efficient, versatile new facility.

The building is three stories tall and has a generously dimensioned central atrium with daylight illumination. It is covered with a transparent, ingeniously designed ETFE (ethylene tetraflouroethylene) foil roof consisting of pneumatic air cushions. Shade is provided as necessary by interior sunshade awnings, which are mounted on steel cables running under the roof and are electronically controlled. The atrium's natural thermals make it easy to achieve comfortable room temperatures even on warm days. Air rising in the atrium creates heat layers under the roof that can easily be vented by opening ventilation flaps in the roof frame and allowing fresh air to flow in, via entryways, directly from the neighboring coniferous forest.

The atrium, the main entry area, is a beautiful multifunctional space that recalls the versatility of Roman theaters. Its open design, with interconnecting lines of view, is intended to promote communication and thus help foster a sense of community. In addition to functioning as a learning and living space, the atrium is used as an auditorium for the overall school complex – for events such as podium discussions, plays and parties.

The ground floor areas include administrative offices, art and music rooms, a media center, a kiosk and building-services rooms. The media center and the music rooms are fitted with extra soundproofing. The first upper storey houses classrooms, teachers' rooms and a hall opening onto the school complex's playground. Additional classrooms, and special-purpose science rooms, are found on the second upper storey.

The intake air entering the ventilation system, which is centrally controlled, is preconditioned via an underground duct. A total of 50 percent of all distribution ducts for the ventilation system have been laid underground. All rainwater is infiltrated in an infiltration ditch. The facility's ceilings, although suspended, have structural and thermal contact with the overall structural mass, and this greatly reduces their temperature fluctuation. This makes the overnight cooling of the building much easier and more efficient.

On the strength of its energy concept, the project was awarded "silver" status in the German Sustainable Building Council's precertification. 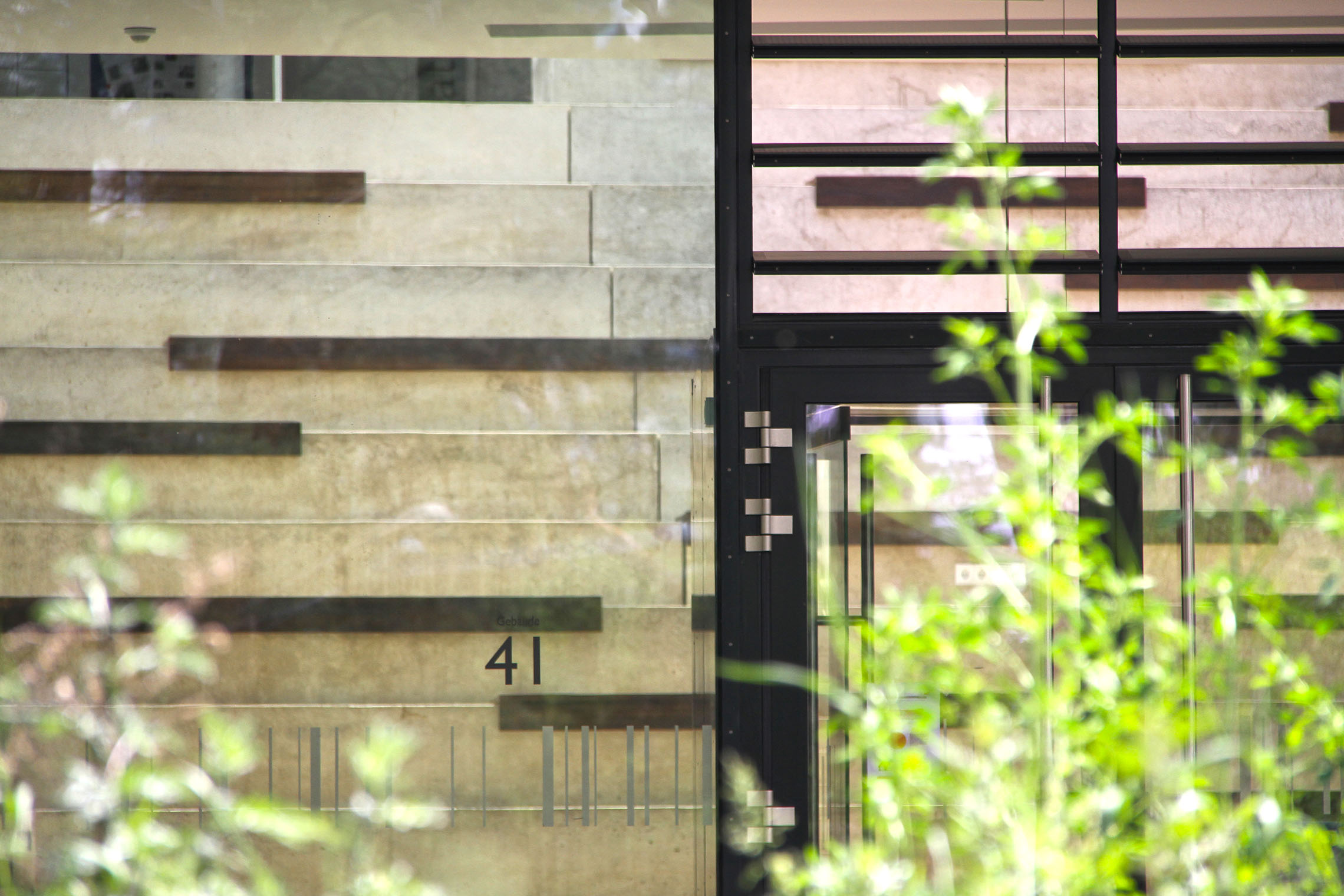