At the beginning of the 2013 winter semester, the Fulda University of Applied Sciences (Hochschule Fulda) moved into a new complex consisting of a university/state library, an attached cafeteria with a main kitchen and an experimental kitchen and a new Student Service Center (SSC). In a 2008 architectural design competition, the university, the state of Hesse and the contractor for the project had specified that the project should emphasize sustainable construction methods and that the finished facility's energy efficiency should be 30% better than that required under the German 2009 Energy Saving Ordinance (EnEV 2009). In August 2013, following a four-year period of planning and monitoring of project execution, ZWP Ingenieur-AG handed over all building-services systems to the facility's user. All systems were in full compliance with the project goals.

The project's architects and engineers collaborated intensively throughout the effort, beginning with the preliminary planning phase. The design team was able to meet the demanding energy efficiency requirements by integrating use of process-related waste heat within the basic designs for the building services.

Heat for the combined university/state open-access library is supplied via a bivalently operating heat pump (air/water). When outside temperatures are especially low, additional heat is provided via the complex's heating network (gas-fired condensing boiler). The heat pump, a reversible unit, has been integrated within the library's central ventilation system. When the pump is operating in heating mode, this arrangement enables it to use the heat contained in the ventilation system's exhaust air. The system is able to "deheat" the exhaust air to a temperature lower than the outside temperature, and its heat production is comparable to that of a conventional air-only heat pump. When the library's systems are running at full capacity, they can generate more heat than the library itself requires. The excess heat so produced is transported into the SSC and meets about 18 % of that facility's heat requirements. Water heating is decentralized; it is carried out by electronically controlled continuous-flow water heaters.

The 1,800-m² Student Service Center (SSC) facility houses offices and conference rooms for student-administration and student-counseling services. The SSC, a relatively small administrative facility, is fitted with a bivalent heating system. In addition to receiving excess heat from the library (as described), it draws heat from the overall complex's heating network (gas-fired condensing boiler). The heat is distributed via an underfloor system (no radiators) that is able to operate with low system temperatures. Ventilation for the facility is mechanically based, and it includes heat recovery via a rotary heat exchanger. In addition, the facility's windows can be opened for ventilation purposes.

Along with a large kitchen for its own operations, the cafeteria houses an experimental kitchen for the university's department of home economics and nutrition science (oecotrophology). The Giessen student services organization (Studentenwerk) operates the cafeteria on an all-day basis and serves about 1,800 meals per day. The building is heated and cooled via a cascaded system for heat recovery and waste-heat utilization. The waste heat generated by food refrigeration units and freezer cells is used for space and water heating, and it suffices to meet about 17 % of such heating requirements. A gas absorption heat pump provides additional heating and cooling. In heating mode, it has an efficiency of 135 % with respect to the upper calorific value of natural gas. The gas-fired condensing boiler system provides additional energy for meeting peak loads and for additional water heating (for hygiene purposes). The central water heating system preheats water with heat recovered from the facility's commercial refrigeration system and boosts its temperature with heat from the gas-fired condensing boiler. The dining area, the building's largest room (in terms of floor space) has an underfloor heating system. Its low system operating temperatures enable it to run on waste heat (as described above for the SSC's system). In addition to creating a very comfortable and pleasant room climate, the underfloor heating system helps to save energy, since its heat radiation provides vertically homogeneous temperature distribution. 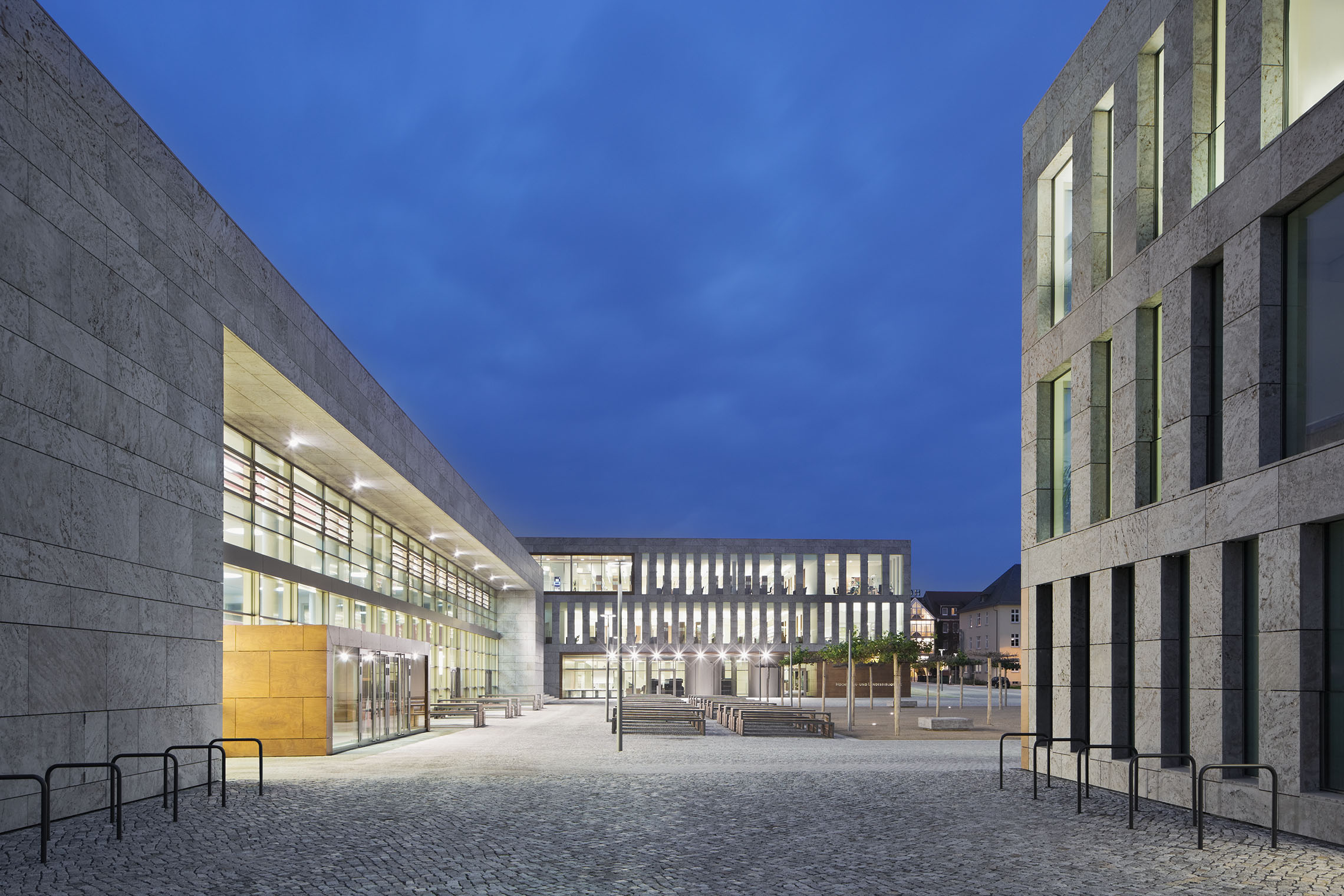