HumboldthafenEins is a new office building that has been built right in the heart of Berlin, in very close proximity to Berlin's main train station and government buildings. The building, which has 45,500 m2 of gross floor area, was designed by the architectural firm of KSP Jürgen Engel Architekten. The first building to be awarded "platinum"-level certification – the highest available – from the German Sustainable Building Council (DGNB), HumboldthafenEins is at once extremely "green" and efficient and modern. It achieved a DGNB score of 90.4 %, the highest ever attained for a new office building in Germany.

With its seven-/eight-story, split-level design, the new building is an attractive eye-catcher in the heart of Berlin's Humboldthafen district. While the new structure is devoted primarily to office space, its E-1 and E01 levels also house training and catering areas. In addition, levels E00 and E01 include retail sales spaces that are available for lease.

One of the key goals in planning the new building was to ensure that its annual primary energy requirement would be at least 30% below the standard mandated by the German 2009 Energy Saving Ordinance (EnEV 2009). This goal was achieved, in part, via the use of highly efficient building systems throughout. These include two gas-fired condensing boiler systems with an output of 550 kW and a combined heat-and-power (CHP) module with a condensing boiler system and a buffer storage unit. The CHP system has a thermal output of 200 kW, and an electrical output of 115 kW. It is operated in a heat-controlled mode, and 75 % of the power it generates is used directly on site. The system can also feed excess power into the public grid.

In addition to providing for energy efficiency, care was given to ensuring a pleasant working environment for the 780 employees of the facility's main tenant, PWC. All offices are heated and cooled individually, via ceiling-mounted panels. Cooling is provided by highly efficient turbo-compressor systems with magnetic bearings. The facility's cooling-energy requirements amount to 1,550 kW. The ventilation systems are operated at a heat recovery level of 75 %. 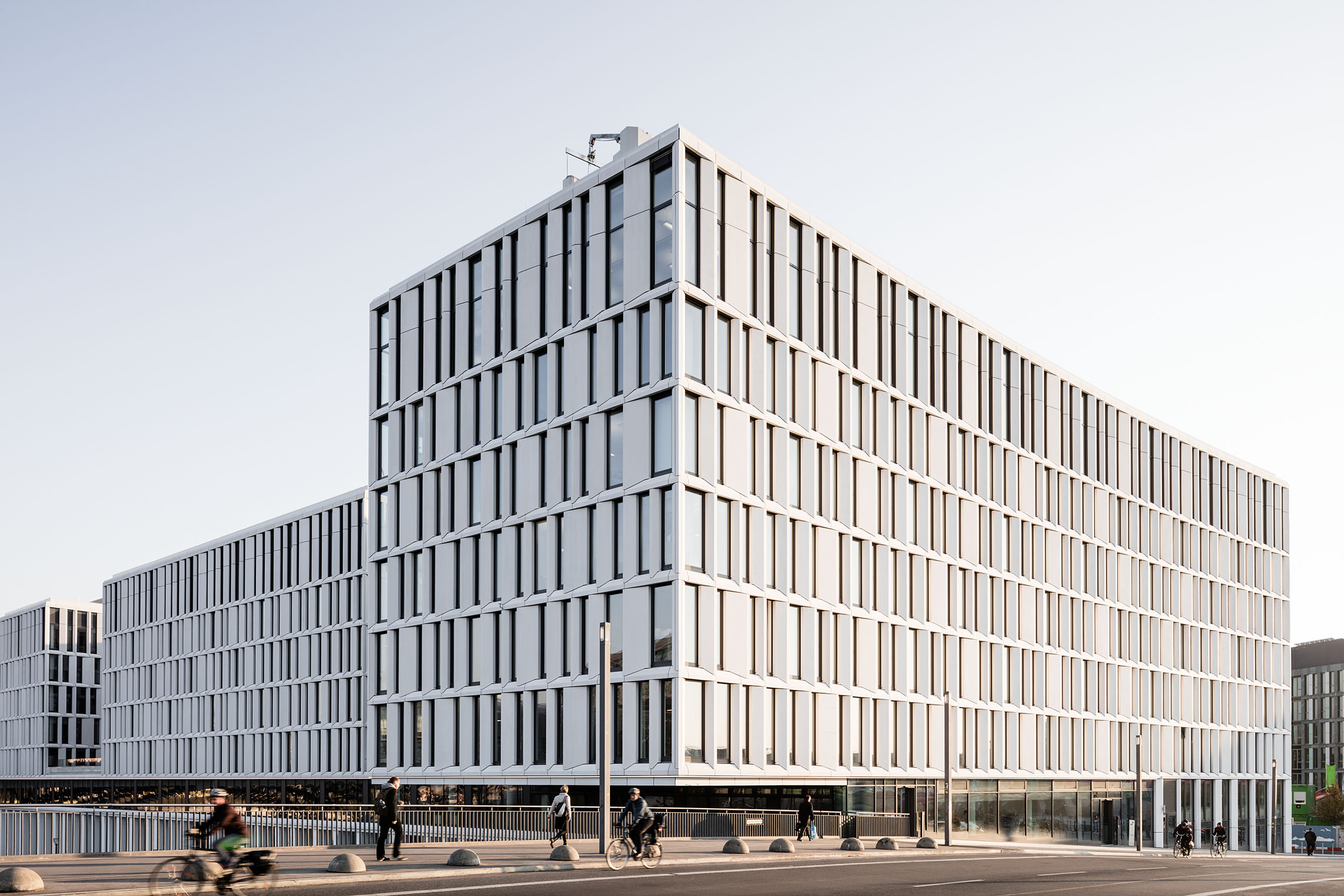