Near Berlin's Nordbahnhof railway station, a new headquarters has been built for "Evangelisches Werk für Entwicklung und Diakonie" ("Protestant church agency for development and diakonia"), the organization resulting from the merger of the national association of the Diakonie social welfare organization (of Germany's Protestant churches) and the Church Development Service (the charitable organization Evangelischer Entwicklungsdienst – EED). The new facility, which was completed in 16 months, provides work space for a staff of about 640 persons.

The key objective for the construction called for the new facility to be highly energy efficient, with an annual primary energy consumption totaling less than 70 kWh per square meter of gross floor space – for heating, ventilation, cooling, hot water and lighting. That objective has now been achieved, thanks to a concept for highly efficient building systems.

All office areas are heated and cooled via concrete core activation, and all meeting and conference rooms are equipped with heating and cooling ceilings. Office areas are ventilated by a demand-controlled ventilation system with high-efficiency heat recovery systems that recover more than 80% of the indoor heat (most are equipped with rotary heat exchangers). Cooling is provided via a turbo-compressor chiller with magnetic bearings. A roof-mounted 450 m2 photovoltaic system generates added electrical power. The efficiency of the facility's office-lighting systems has been maximized via a daylight- /presence- dependent control system.

The building's design also provides for natural ventilation (with outside air) of upper-story areas with external facades. The demand-controlled ventilation system prevents the unnecessary thermal loads on the structure that can arise in winter or summer via opening of windows, while still ensuring that all occupants receive an optimum supply of fresh air. In some sections of the facility, mechanical ventilation systems are switched off during seasonal transitions (areas in which some external noise can be tolerated). This reduces ventilation systems' power use. Indoor airflows are also controlled on a demand-dependent basis, via CO2 sensors.

At the end of February 2013, the new building was awarded the German Sustainable Building Council's "Gold" level certification on the strength of its primary energy consumption of less than 70 kWh/m2. 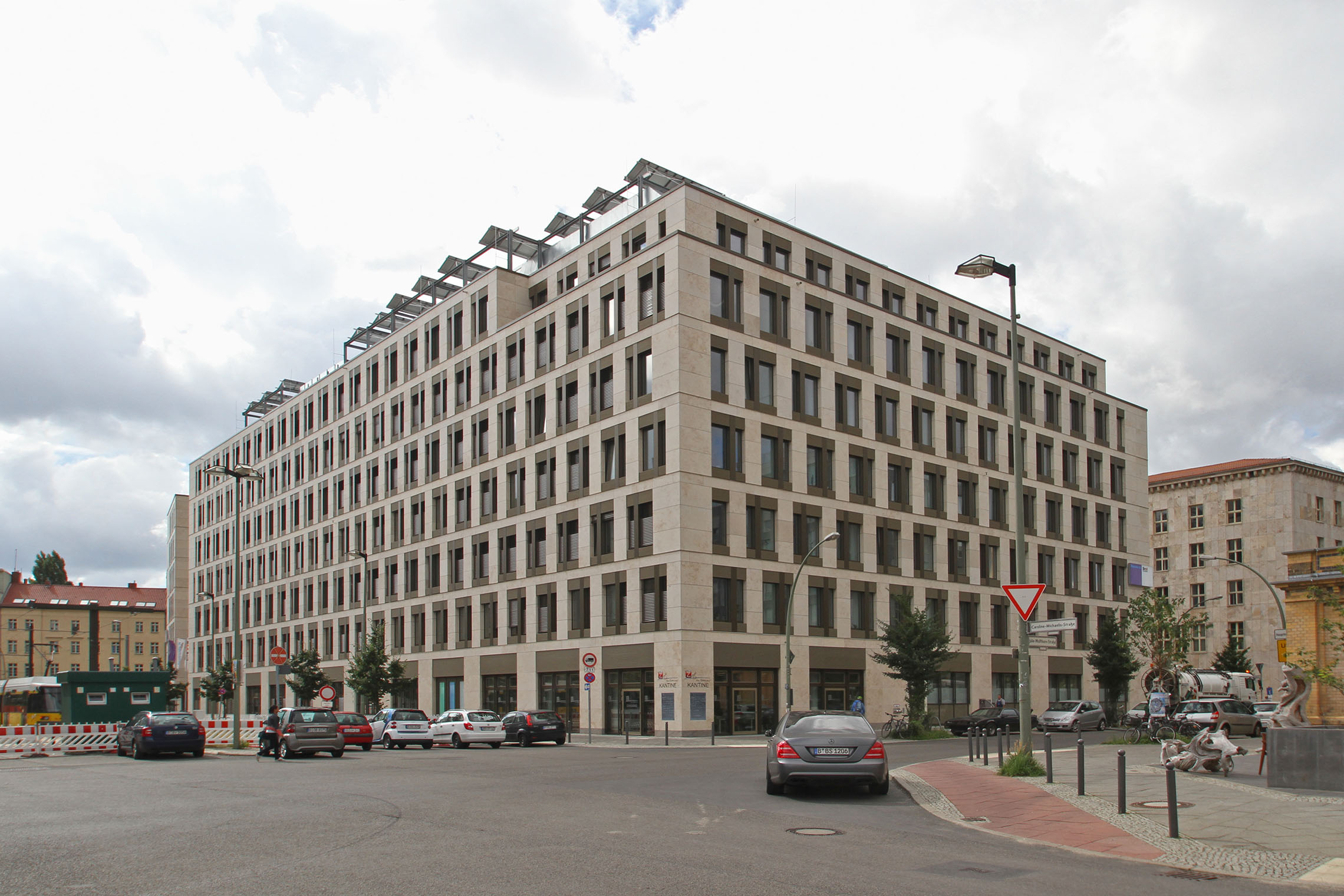