In Hanover, capital of the Land (state) of Lower Saxony, the HDI-Gerling insurance company is building a new office building with enough space for some 2,000 employees. The new building, which will also include an underground garage, is to be built in Hanover's Lahe district, in close proximity to HDI-Gerling's existing headquarters. The lot for the new structure is located at the intersection of the streets Riethorst and Kirchhorster Straße and separated from a nearby nature conservation area by a stream, the Laher Graben.

The new building's central element will be a quadratic atrium extending throughout all of the building's five above-ground stories and covered with a prominent glass roof. The atrium will border on four access cores, only three of which are to be completed in the first phase of the construction.

On the building's upper floors, office areas, shaped like slim "fingers", will be grouped around the access cores. The ground floor, with a floor plan differing completely from that of the floors above, will house reception areas, a conference center, a children's day-care center, facility services, a cafeteria and guest-hospitality areas.

In an area directly below the central atrium, the lower level will house storage areas, archives and building-services machinery areas. Additional spaces for building-services equipment are to be provided below the kitchen and the cafeteria. The parking spaces in the underground garage, which is nearly square in shape, are grouped around the central core.

In the competition phase, i.e. very early on in the planning, the planning team of Ingenhoven Architekten and ZWP developed a highly efficient HVAC / lighting concept for the structure that boasts primary-energy requirements, for heating, cooling, ventilation and lighting, of less than 100 kWh per m² of floor space. The concept provides for an on-site underground seasonal thermal storage system. To that end, some 80 boreholes, each 99 m deep, are to be drilled, to serve as receptacles for tubes filled with a thermal-storage fluid medium. Via their extensive heat-exchange surfaces, the tubes will transfer the excess heat the building generates in summer, via its normal operations, into the ground, where it will then be available in winter for heating purposes.

Heat transfer back throughout the building's interior will take place via water-filled tubes running through the structure's concrete ceilings. Thanks to the large heat-transfer area involved, the system's cooling-water temperatures need be no colder than 18°C, while its heating-water temperatures need be no hotter than 26°C. Those system temperatures have been optimized to such a degree that cooling of the structure will require no added cooling-unit operation as late as the month of May. While heating will require operation of a heat pump year-round, the pump will have an excellent coefficient of performance (4.0), because the temperature difference between the heat source and the heat sink is very small. A total of some 80% of the building's heating requirements will be met with geothermal energy. The remaining 20% of those requirements will be met with district heat which, in Hanover, is generated highly efficiently, via combined heat and power (CHP) generation.

The structure's highly efficient building-services systems will also include special ventilation units (desiccant and evaporative cooling (DEC) systems) that cool and dehumidify outside air without the help of electrical vapor-compression refrigeration machines (i.e. as suppliers of cold water). 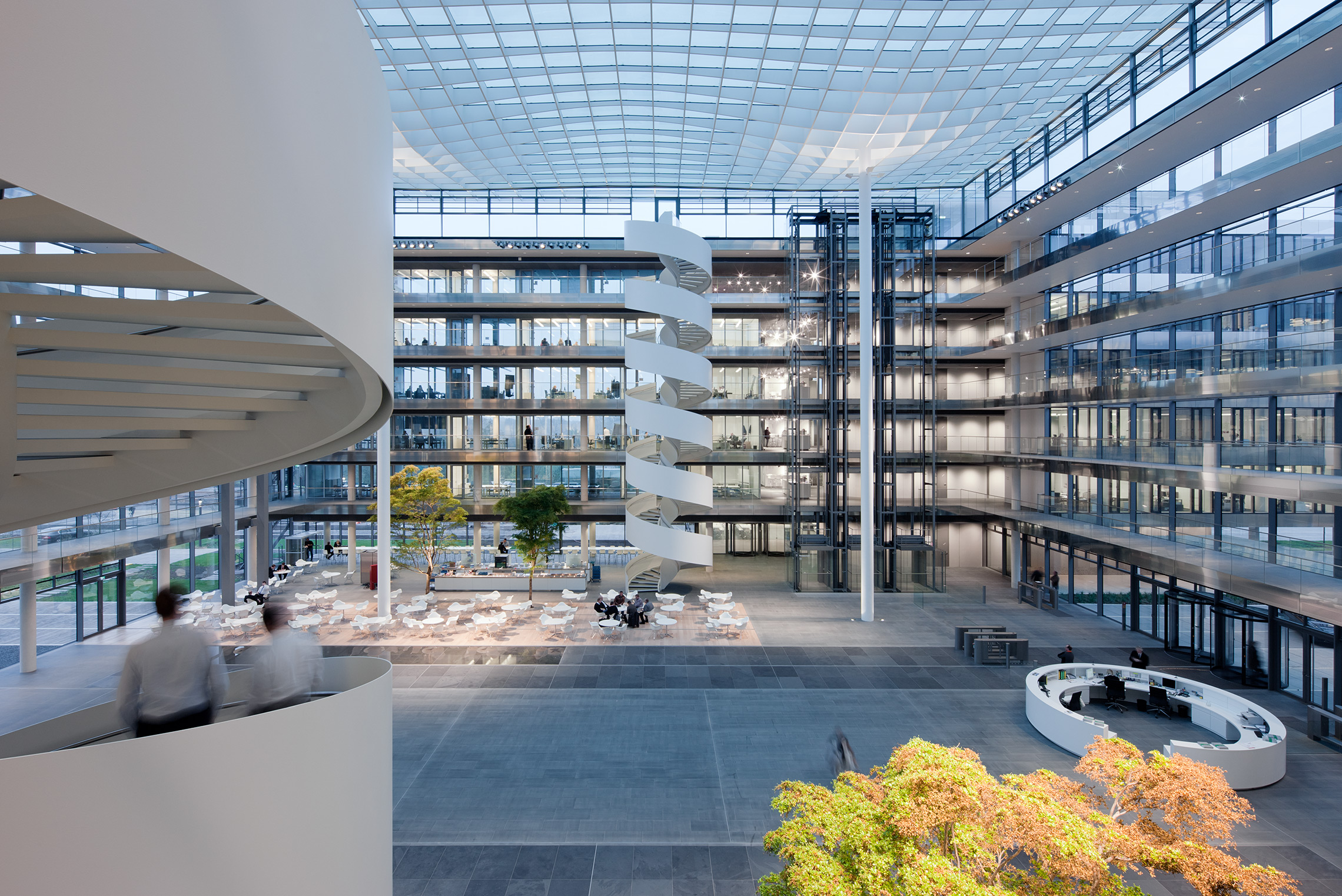